1/18, 4:30pm: "Phoenix Agrees In Court To STOP Enforcing NFL-Pushed Sign Restrictions Before Super Bowl"
In a tacit agreement that its Super Bowl sign restrictions were unconstitutional, the City of Phoenix today agreed to a temporary injunction preventing it from enforcing the NFL-pushed ordinance until the City Council can meet next Wednesday to look at revising or repealing it. 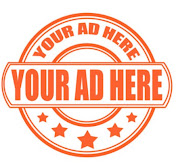 The suit was brought last week by the Goldwater Institute on behalf of a property owner in downtown Phoenix who had tried to make some extra money by getting Coke or other corporations to advertise on his property.
Last October, the City Council had passed an ordinance creating a "Clean Zone" in downtown during the weeks leading up to the "big game". Property owners in the area were required to get approval from the city AND the Super Bowl Host Committee and the NFL (National Football League).
Today's Order to Show Cause hearing went quickly, because of the city's agreement to not enforce it. The Council is scheduled to meet on Jan. 25, so Superior Court Judge Brad Astrowsky continued the hearing to Jan. 26. If necessary, the parties will make oral arguments as to the constitutionality of the ordinance.
Plaintiff's argument is that the participation of the NFL in telling the city what signs are okay with them permits "content based" restrictions on free speech.
Glendale has a similar Clean Zone agreement with the NFL, but no one has yet filed a lawsuit against it.
Here is the Complaint filed by property owner Bramley Paulin.
***
1/17, 9:30pm: "Judge REFUSES TO DISMISS Lawsuit Against Phoenix For Allowing Downtown Homeless Encampment"
The City of Phoenix has not taken actions to address the downtown homeless encampment. Today, a Maricopa County Superior Court Judge refused Phoenix's motion to dismiss a lawsuit brought by property owners in "the Zone".
The suit was filed in August, asking the Court to order Phoenix to "refrain from expanding, maintaining, and/or operating" the proliferation of tents and makeshift shelters. Phoenix tried to dismiss the case by arguing that the Complaint had not been set forth clearly, that existing law does not recognize a constitutionally protected liberty or property interest in “the protection of the laws,” and other arguments.
Judge Scott Blaney wrote in his 11-page minute entry that it would be inappropriate to dismiss any of the five counts at this stage of the case.
The area of Phoenix is informally referred to as “the Zone,” and encompasses an area roughly between 7th and 15th Avenues and between Van Buren and Grant Streets.
For more from the property owners and the city of Phoenix, here is an article from the Arizona Republic when the suit was filed.
"AZ Law" includes articles, commentaries and updates about opinions from the Arizona Supreme Court, U.S. Supreme Court, as well as trial and appellate courts, etc. AZ Law is founded by Phoenix attorney Paul Weich, and joins Arizona's Politics on the internet.
AZ Law airs on non-profit Sun Sounds of Arizona, a statewide reading service that provides audio access to printed material for people who cannot hold or read print material due to a disability. If you know someone who could benefit from this 24/7 service, please let them know about member-supported Sun Sounds. And, YOU can donate or listen here.
Previous episodes of AZ Law can be streamed or downloaded here, or wherever you get your podcasts.