BREAKING: AZGOP Tells AZ Supreme Court To Ban Mail-In Voting Because People Are Able To Show Their Ballots To Others (READ Petition)

UPDATE, 2/2, 4pm: "AZGOP Tells AZ Supreme Court To Ban Mail-In Voting Because People Are Able To Show Their Ballots To Others (READ Petition)"

The Arizona GOP has told the Arizona Supreme Court that the state's long-standing mail-in voting laws are unconstitutional because the (GOP-dominated) Legislature has not put steps in place to prevent voters from waiving the secrecy of their early ballot.

The Republican Party failed to convince judges at the Superior Court or the Court of Appeals of their argument, but they are hoping the Supreme Court Justices will boldly go where the others did not.

"Both courts failed to recognize that, in order to preserve secrecy, it is not enough for the legislature to merely direct voters to fill out their ballots in secret. The legislature must also enact procedures by which voters are unable to mark their ballots in the presence of others even if individual voters desire to waive the secrecy of their own ballots."

The Supreme Court has the option to accept the appeal or to let the lower court's decision stand. The Petition was filed by attorneys Alex Kolodin (now a State Rep.) and attorneys at the firm he works at, and nationally-known law Professor Alan Dershowitz.

The AZGOP changed leadership on the day the Petition was filed. Arizona's Law has asked whether current Chair Jeff DeWit plans to substitute in for Kelli Ward and whether they plan to further pursue this and other litigation. We will update, as warranted.

Arizona's mail-in voting system is not unconstitutional, the Court of Appeals ruled today, blasting a lawsuit filed last year by the Arizona Republican Party and Chairwoman Kelli Ward. The unanimous decision upholds the previous dismissal of the case. 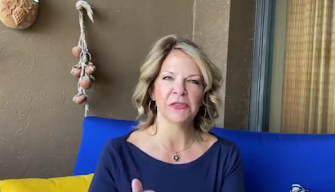 New legislator Alexander Kolodin had filed the case for the AZGOP, along with nationally-known law professor Alan Dershowitz. They were claiming that mail-in ballots violated the Arizona Constitution's Secrecy Clause. Today's decision notes that Kolodin tried to back off of their original position during both briefing and oral arguments, suggesting now that the Secrecy Clause requires a "secure restricted zone around a voter who fills in a mail-in ballot."

The 11-page decision then blasts through three arguments made by Kolodin and Dershowitz*: (1) a 1992 U.S. Supreme Court decision upholding a Tennessee law allowing a 100-foot no electioneering zone outside polling places ("That holding does not suggest - let alone direct - how we interpret the Arizona Constitution's Secrecy Clause.... (I)ts suggestions are dicta and unpersuasive in this case."); (2) the AZ law prohibiting so-called ballot selfies taken at polling places but not in voters' homes; and (3) a previous AZ Supreme Court observation that mail-in ballots cannot be possessed by anyone other than the intended voter.

The Mohave County Superior Court judge dismissing the case was Lee Jantzen, and the unanimous decision was authored by Judge Cynthia Bailey.

Although Kolodin's new status as a lawmaker would not prevent the law firm from appealing the case to the Arizona Supreme Court, the January 28 election of a new AZGOP Chair might.

*The Court lists Dershowitz as "pro hac vice counsel", meaning that he is co-counsel approved to represent the plaintiffs/appellants in this case, but is not regularly admitted to practice in Arizona courts. In a companion case challenging another part of Arizona's elections, filed in federal court, Dershowitz is currently making the claim that he should not be sanctioned because he was *only* "of counsel" and/or a legal consultant.

"AZ Law" includes articles, commentaries and updates about opinions from the Arizona Supreme Court, U.S. Supreme Court, as well as trial and appellate courts, etc. AZ Law is founded by Phoenix attorney Paul Weich, and joins Arizona's Politics on the internet.
AZ Law airs on non-profit Sun Sounds of Arizona, a statewide reading service that provides audio access to printed material for people who cannot hold or read print material due to a disability. If you know someone who could benefit from this 24/7 service, please let them know about member-supported Sun Sounds. And, YOU can donate or listen here.
Previous episodes of AZ Law can be streamed or downloaded here, or wherever you get your podcasts.
at January 17, 2023