LATE UPDATE, 6pm: Judge Mike Liburdi has set a status conference for this coming Tuesday morning. (10/26 at 10:00am)

The legal filings are flying fast and furious in Arizona's case against the federal government's COVID vaccine "mandates", and John Doe is caught in the middle. His employer is either the U.S. government directly or a government contractor, and he claims a "medical exemption" from getting vaccinated.

The USDOJ pointed out that his concern about possibly getting fired is not sufficient to cause an emergency briefing and hearing on a preliminary injunction request filed this morning. Arizona replied and focused on the alleged potential harm to Arizona's economy and universities if the mandate goes into effect.

Local U.S. District Court Judge Mike Liburdi - who served as Governor Doug Ducey's general counsel before being nominated by then-President Donald Trump to the bench - earlier declined to expedite the schedule until knowing that all parties had been served. Now that the DOJ has filed, Liburdi is expected to make a decision (on expediting) shortly.

Arizona Attorney General Mark Brnovich today morphs his anti-vaccine mandate case against the U.S. and is working with outside counsel and an anonymous federal employee. Brnovich is asking for an expedited hearing because the vaccination deadline for employees and contractors is coming up "within the next several days."

You will recall that Arizona rushed to be the first in the country to file suit after President Joe Biden announced coming requirements to have workers at private companies vaccinated against COVID. Although he had not taken action on that suit in the past five weeks, today's filings required an amended complaint, a motion for a preliminary injunction and a motion to hurry up.

The "John Doe" is a federal employee working in Arizona, and is being represented by outside counsel Jack Wilenchik. (Wilenchik and the AG's Office are co-filing today's pleadings.) John Doe has a medical exemption from being vaccinated, but he believes that the government will not honor it and his job is at stake.

The suit is in federal court, in front of U.S. District Court Judge Michael Liburdi.

The mainstays of both Arizona's Law and Arizona's Politics for the past 11 months have been legal wrangling about the 2020 election, the State Senate's subsequent subpoenas and "audit", and the Legislature's new laws limiting voting options (without balancing increases in election accuracy). Those are also among the key reasons why I am announcing my candidacy for the State House of Representatives*.

As readers of these two news blogs know, I have been dedicated to reporting news as objectively as possible. This reflects my previous life as a news reporter (primarily in Tucson) and my ethos to add some straightforward coverage to issues I believe to be important.

I moved from journalist to being an honest advocate for my clients, and in recent years have spent time pursuing both of these passions. Since 2010, I have worked to deliver reporting that people would view as credible no matter where on the ideological spectrum they may currently rest; my conversations with R's, D's and everyone in between leads me to believe I was close to that mark. 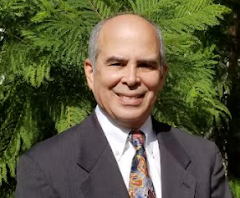 I will continue to report on legal and political news as time permits, and will fully disclose my candidate status as warranted. I will also be looking to others to assist with coverage of Arizona legal news - and will continue to label items as "news analysis" or "commentary" where appropriate. (Let me know if you are interested.)

Thanks to everyone who has read and/or shared our articles to date, and I hope you will continue to find them worthwhile. (And, a special thanks to those who have provided feedback - positive *or* negative.)

P.S. h/t to the sharp-eyed @KC_Haas at Yellow Sheet Report for "breaking" this story yesterday!

* I reside in the Ahwatukee portion of the current Legislative District 18. The boundaries of the new legislative district are not yet known, but I will be running in whichever district encompasses my address.

UPDATE: Senate Turns Over Disputed "Audit" Records To Judge, Asks Him To Let Them Appeal (Again) Before Releasing Them (READ Request)

UPDATE, 10/14, 11am: Senate Turns Over Disputed "Audit" Records To Judge, Asks Him To Let Them Appeal (Again) Before Releasing Them (READ Request)

The Arizona Senate has presented disputed communications related to its "audit" of the 2020 Presidential election to Superior Court Judge John Hannah on Tuesday, while asking him to defer any public release so that they can (again) appeal to keep them under wraps.

"The Senate believes that rushed, piecemeal, and potentially redundant appellate review ill-serves the imperatives of careful deliberation and judicial economy," attorneys Kory Langhofer and Tom Basile write. They specifically mention appealing the "legislative privilege" issue, which Superior Court Judge John Hannah firmly rejected in his earlier ruling (in original article).
Hannah had given the Senate until the end of the day Tuesday to turn over six sets of records related to the election "audit". This is in the public records lawsuit brought by the Arizona Republic. There is a similar case brought by American Oversight.

The Arizona Senate must turn over disputed records relating to its "audit" TODAY, decided Superior Court Judge John Hannah. He will inspect the string of text messages between Senate President Karen Fann and Phil Waldron, communications between Cyber Ninjas' President Doug Logan and Senate liaison Randy Pullen, and four other sets of documents; the judge will then decide whether they should be turned over to the Arizona Republic and be made public.

Hannah decided that Arizona Senate President Karen Fann and her attorneys have not overcome "the legal presumption favoring disclosure."

In addition to the communications above, the Senate must turn over:

-- draft contracts between the Senate and Cyber Ninjas, including the mark-ups by Shiva Ayyudurai;

The Senate has already appealed the two public records lawsuits up to the Arizona Supreme Court, which turned the process for turning over the records back to Judge Hannah. The second lawsuit was filed by American Oversight, and Judge Michael Kemp yesterday turned down a reiteration of the Senate's motion to consolidate the two lawsuits.

AZ Law airs on non-profit Sun Sounds of Arizona, a statewide reading service that provides audio access to printed material for people who cannot hold or read print material due to a disability. If you know someone who could benefit from this 24/7 service, please let them know about member-supported Sun Sounds. And, YOU can donate or listen here.
Previous episodes of AZ Law can be streamed or downloaded here, or wherever you get your podcasts.
at October 12, 2021 No comments: