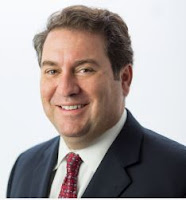 In its brief, Purdue's main contentions are that the Purdue Pharma bankruptcy filed in September puts a freeze on Arizona's case, and that the Bankruptcy Court provides the correct forum to resolve Arizona's fraudulent transfer allegations.

Brnovich and outside counsel William Consovoy attracted a lot of attention and interview requests with the "novel" and "audacious lawsuit".  Yesterday's filing is only from Purdue Pharma, and it appears that the Sackler family defendants did not bother to file a brief by the (extended) deadline.

Bankruptcy filings do place an "automatic stay" on legal and collection proceedings, and there is no indication (in the Supreme Court case) that Arizona has asked that stay to be lifted.

Purdue's attorneys also argue that Arizona should have pursued its fraudulent transfer claims in its state courts, rather than trying to convince the U.S. Supreme Court to sit as a trial court. (It notes that Arizona makes the "breezy assertion" that fact-finding would be straightforward.)

In asking the Supreme Court to hear the case, Arizona noted that many states, governments and organizations were all racing to go after the Purdue/Sackler monies and that the highest court in the land should be the referee. Attorneys General in Ohio, Alaska, Louisiana, North Dakota, and Utah supported Arizona's suit, filing a friend of the court brief.

The Supreme Court has not yet decided whether Arizona's case may proceed, whether to send the Attorney General to Bankruptcy Court, or some other option.

Earlier this month, AG Brnovich expressed some concerns about the proposed settlement that many states reached with Purdue, stating that the company had "sought to undermine material terms of the deal.”

AZ Law has requested comment from the Attorney General's Office and will update as warranted.

Last month's ruling that caused Arizona Governor Doug Ducey to call for the judge an "embarrassment" and call for him to retire from the federal bench has now been appealed to the Ninth Circuit. The ruling stated that the Governor had acted illegally in implementing the Prop. 123 education funding scheme.

The Governor's attorneys are also opposing the plaintiff's attorney's application for $45,000 for fees. Attorney Andrew Jacob was asked by U.S. District Court Judge Neil Wake to represent plaintiff Michael Pierce pro bono (without fees); however, Jacob notes in his application that previous Ninth Circuit opinions make it clear that that does not disqualify a successful litigant from being awarded fees, anyway.

The Governor makes the argument that the state's sovereign immunity prevents Pierce from obtaining the fees award, and that the nature of this action does not provide for the successful party from receiving its attorneys fees. The Reply - filed today - argues that the Eleventh Amendment of the U.S. Constitution permits an award in the case of "bad faith litigation tactics." In its harshest language:


Governor Ducey violated the Enabling Act in bad faith because the language in the
Act requiring prior Congressional approval was clear and because the Governor’s
argument that this language was no longer in effect bordered on frivolous. Governor
Ducey’s vigorous defense of his actions was improperly oppressive because he intended to exhaust the efforts of pro bono counsel rather than to prevail on the merits. This is sufficient bad faith to award fees as a sanction without violating the Eleventh Amendment.

The Plaintiff's argument reflects the Court's September 30 Order that so enraged the Governor. Ducey and his staff then mercilessly blasted Judge Wake, calling him an "embarrassment", and that the decision was "incoherent", "biased", and "terrible".

While the Court found that Prop. 123 was illegal, it did not order a halt to the funding method that remains in place until it expires in 2025.

The Ninth Circuit has set January 27 as the deadline for the Governor's Office to file its Opening Brief.

"AZ Law" airs on non-profit Sun Sounds of Arizona, a statewide reading service that provides audio access to printed material for people who cannot hold or read print material due to a disability. ArizonasLaw.org operates independently of Sun Sounds, but is designed to support Sun Sounds.

If you know someone who could benefit from this 24/7 service, please let them know about member-supported Sun Sounds. And, YOU can donate or listen here.

"AZ Law" can also be downloaded and subscribed to in all major podcast stores - iTunes, Google Play, Spotify, Podbean, etc. Just search for "AZ Law".
at October 23, 2019 No comments:

AZ Law also airs on non-profit Sun Sounds of Arizona, a statewide reading service that provides audio access to printed material for people who cannot hold or read print material due to a disability.
If you know someone who could benefit from this 24/7 service, please let them know about member-supported Sun Sounds. And, YOU can donate or listen here.


Thanks for listening, and your input is appreciated - Paul.Weich.AZlaw@gmail.com.

This installment includes articles and commentary on a federal judge's decision declaring Arizona's Prop. 123 regarding education funding and the state's permanent land trust to be "illegal"... and the Governor's personal attacks on that judge.
Other articles discuss the new Maricopa County Attorney, jaguars in Arizona, and how Arizona courts will combat possible Russian disinformation attacks.

"AZ Law" includes articles and updates about opinions from the Arizona Supreme Court, U.S. District Court, etc.
More on these cases and other legal news can be found at ArizonasLaw.org.
AZ Law also airs on non-profit Sun Sounds of Arizona, a statewide reading service that provides audio access to printed material for people who cannot hold or read print material due to a disability. If you know someone who could benefit from this 24/7 service, please let them know about member-supported Sun Sounds. And, YOU can donate or listen here.
Thanks for listening, and your input is appreciated - Paul.Weich.AZlaw@gmail.com.
at October 04, 2019 No comments: