SIDEBAR: How Is a Judge Assigned A Case In Maricopa County Superior Court, and What Can the Parties Do?

UPDATE, 4/23 10am: The Maricopa County Superior Court has clarified to Arizona's Law that this case was indeed assigned to Judge Coury by an unbiased computer system. Presiding Judge Pamela Gates then approved the assignment and Judge Coury was then notified.

The full explanation from the Superior Court Public Information Officer Vincent Funari is below**.

The random assignment of Judge Christopher Coury to the case filed today by the Arizona Democratic Party and County Supervisor Steve Gallardo against those in the State Senate in charge of the election audit has prompted questions from several readers. 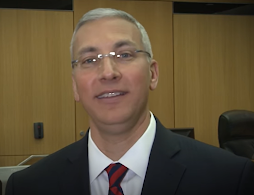 Specifically, how was the judge assigned, and what can the parties do if they object to the assigned judge. Yes, there are rules for that.

First, Rule 3.1.b of the Maricopa County Superior Court Local Rules sets forth how the judge is assigned. There are 22 judges currently on the Civil Bench, and either the Clerk (Jeff Fine), the Court Administrator (Keith Kaplan) or the Presiding Judge (Pamela Gates) makes the decision.

It is NOT a fully randomized selection. The rule states the assignment "may be done by automated means or by a formula approved by the Supreme Court, and shall be done in a random manner so as to be unpredictable and provide an equal distribution of cases among the trial divisions."

In this case, the Superior Court tells Arizona's Law that the computer randomly assigned the case to Judge Coury, and that assignment was approved by Civil Presiding Judge Pamela Gates.**

Now, even though it is not fully randomized, there is no incentive for an official to make a politically-motivated judge assignment. (The Clerk is a partisan, elected office.) That is because state court rules permit a party to strike a judge "as a matter of right". (UPDATE: The "as a matter of right" rule - Rule 42.1 - has been suspended due to the pandemic. thanks to reader Matt McClellan for catching that.)

And, if the party believes that the judge "is a material witness in the action" or "that on account of the bias, prejudice, or interest of the judge he (the party) cannot obtain a fair and impartial trial." That is from Arizona statutes (A.R.S. §12-409)

Of course, the real, practical questions are whether the Plaintiffs believe that Judge Coury is too biased or prejudiced against them.* And if so, would striking him - either as a matter of right or for cause - be worth the delay that would cause by forcing a re-set of Friday's 11:00am OSC (Order to Show Cause) hearing on their TRO (Temporary Restraining Order) motion.

*During the Democrats' campaign against retaining Judge Coury, Arizona's Law published this commentary decrying the effort.

AZ Law airs on non-profit Sun Sounds of Arizona, a statewide reading service that provides audio access to printed material for people who cannot hold or read print material due to a disability. If you know someone who could benefit from this 24/7 service, please let them know about member-supported Sun Sounds. And, YOU can donate or listen here.
Previous episodes of AZ Law can be streamed or downloaded here, or wherever you get your podcast.
at April 22, 2021