UPDATE, 9/23, 9:00am: To noone's surprise, Kelli and Michael Ward have filed their Notice of Appeal of last night's dismissal. The appeal will be heard by the 9th Circuit Court of Appeals. They have not yet filed a motion to halt enforcement of the subpoena pending appeal, although that is likely their next filing.

The House's January 6th Select Committee won a victory tonight when an Arizona judge tonight DISMISSED a case filed by AZGOP Chair Kelli Ward and husband/fake elector Michael Ward to block a subpoena of their cellphone records from T-Mobile. 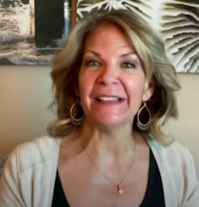 The Committee sought information as to whom the Wards had communicated with during the period when Arizona Republicans were planning to convene their slate of electors to support the contention that Donald Trump may have won Arizona's electoral votes.

The case to block the subpoena was filed in February.

U.S. District Judge Diane Humetewa determined that the Wards did not prove that the court had jurisdiction over the Congressional Committee in this case, and that there was no "viable claim" against T-Mobile to force them to not comply with the subpoenas.

The Wards had also claimed that turning over the phone records would violate HIPAA privacy protections of their patients; Humetewa decided that did not apply to T-Mobile and that the Wards could have sought confidentiality agreements but did not.

Here is the Court's 18-page Order dismissing the case:

Abortion providers and advocates - and, their attorneys - continue to press multiple judges to help untangle the knot of overlapping aborti...