UPDATE, NO MEANS NO: Owens Files Emergency Motion To Get Back On Ballot, Supreme Court Immediately Rejects It

UPDATE: Owens Files Emergency Motion To Get Back On Ballot, Supreme Court Immediately Rejects It
Last night, Kim Owens' attorneys filed an emergency motion asking the Supreme Court to reconsider its decision to remove her from the Corporation Commission election. This morning, the Supreme Court hurriedly said "no".

The removal Order was released yesterday after 5pm, so the attorneys wasted no time in suggesting that the four Justices had unanimously made "an erroneous determination of fact or law." And, the Court wasted so little time this morning in rejecting that contention that they missed a key typo - misspelling Justice Andrew Gould's name on the signature line.

The attorneys are unable to move for reconsideration of the rejection of last night's Motion for Emergency Reconsideration, and it is highly unlikely that an appeal will be made to the U.S. Supreme Court. State law prevents Owens from now running as a write-in candidate, so today's rejection is probably the final word. 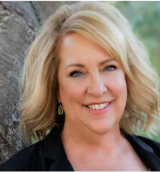 The four Justices* said that Superior Court Judge Timothy Thomason erred in allowing Owens to resurrect 172 signatures that County Recorders had found to be invalid. The Justices said:


"The only evidence offered by Owens to rehabilitate the signatures that were invalidated because the signer was not registered to vote was the “GOP Data Center” records. However, Owens failed to make the Data Center records available, nor were the records offered or received into evidence. Additionally, there was no testimony establishing that either the Data Center records or Owen’s testimony about the records constituted reliable, competent evidence for the court to consider. Accordingly, there was no reasonable evidence to support the trial court’s finding that the candidate rehabilitated a sufficient number of signatures to remain on the ballot."

After the trial, Judge Thomason determined that Owens had gathered 8 more valid signatures than the number needed to be placed on the August 4 primary ballot. The Supreme Court's decision on the resurrection issue left Owens 164 short.

Owens had been challenged from the left and from the right, and her removal leaves the Republicans short of a full slate of candidates for the Corporation Commission. Only current Commissioner Lea Marquez Peterson and candidate Eric Sloan - who survived an appeal two days ago - remain. Current Commissioner Boyd Dunn was removed by the Supreme Court yesterday, David Farnsworth withdrew his candidacy after being challenged, and Nick Myers was removed by a judge.

Persons interested in running as a write-in for the August 4 Republican primary election will have the next several weeks to file. (A.R.S. §16-312) The candidates who were removed from the ballot cannot try again as a write-in. A write-in will have to get at least the number of votes that they would have had to collect signatures; in this case, over 6,663. (A.R.S. §16-322, -645)

The Democrats have a full slate of three candidates, none of whom had their petitions challenged in court.

*These expedited elections cases are decided by a panel of four of the seven Justices. This case was considered by Justice Gould, Justice Lopez, Justice Beene, and Justice Montgomery. (Justice Clint Bolick recused himself from being on the panel because Owens was represented by the attorneys who represented his wife in her challenge/appeal. However, we do not know if he would have been selected for the panel.)
*