BREAKING: Hamadeh (& His New Attorney) Tells Judge That Mayes' Swearing In Frees Him Up To "Conduct A Complete Contest" (READ)

UPDATE, 10pm: "Hamadeh (& His New Attorney) Tells Judge That Mayes' Swearing In Frees Him Up To "Conduct A Complete Contest"

Hamadeh has filed his Motion for a New Trial tonight, claiming that now that Kris Mayes has been sworn in as Arizona's Attorney General, the court now has time to "conduct a complete contest."

Hamadeh's and the RNC's attorneys - including new co-counsel Alexander Kolodin - cite events subsequent to their failure to present evidence on most of their alleged counts as reason to re-open the proceedings. Pinal County's discovery of previously-uncounted ballots and testimony in Kari Lake's failed Election Contest lawsuit should give Hamadeh a second bite at the apple.

Hamadeh's claim is that Judge Lee Jantzen is now released from the "artificial timetable over concerns of interfering with the transfer of power." (However, in relying upon the 1917 example of Arizona's governor's race, Hamadeh glosses over the timetable set forth in the current statutes for Election Contests.)

A Response from Defendants is due in two weeks.

"This case should never have been brought."

Abe Hamadeh, the Republican National Committee and their counsel should be sanctioned for their failed lawsuit claiming he had defeated Democrat Kris Mayes for Arizona Attorney General. In addition to being responsible for Mayes' attorneys' fees in defending the Mohave County Election Contest, they are asking that the sanction include a penalty of $5,000. 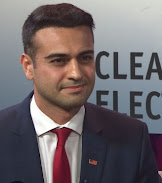 The Motion - which attorney Dan Barr confirmed to Arizona's Law was filed earlier today (and which is published below) - details several instances in which Hamadeh's counsel delayed pretrial proceedings, which forced defendants to incur additional fees. It also claims that attorney Tim LaSota should have dismissed four out of the five counts well before trial, when it was apparent he did not have any evidence to present - opposing counsel was forced to prepare for trial on those counts.

Hamadeh only presented evidence on one of the counts, and acknowledged in closing arguments that he had not proven enough votes to change the outcome. (LaSota then, unsuccessfully, asked Mohave County Superior Court Judge Lee Jantzen to alter the vote totals to account for some disputed adjudications.)

Earlier today, Hamadeh claimed on social media that he was filing a Motion for New Trial, based on the subsequently-learned information that Pinal County located more votes for him during the recount. He believes that then-Secretary of State Katie Hobbs inappropriately hid that information from Judge Jantzen (before the recount court hearing was held).

As of this hour, Barr indicates that he has not received Hamadeh's motion. Arizona's Law previously asked LaSota to send a copy, but we have not yet received it.

"AZ Law" includes articles, commentaries and updates about opinions from the Arizona Supreme Court, U.S. Supreme Court, as well as trial and appellate courts, etc. AZ Law is founded by Phoenix attorney Paul Weich, and joins Arizona's Politics on the internet.
AZ Law airs on non-profit Sun Sounds of Arizona, a statewide reading service that provides audio access to printed material for people who cannot hold or read print material due to a disability. If you know someone who could benefit from this 24/7 service, please let them know about member-supported Sun Sounds. And, YOU can donate or listen here.
Previous episodes of AZ Law can be streamed or downloaded here, or wherever you get your podcasts.
at January 03, 2023