UPDATE, 11/21: Kelli Ward quietly backed down on Friday, agreeing to let go of her attempt to prevent the House Jan. 6 Select Committee from obtaining her cellphone call records from T-Mobile.

Stopping her appeal of the dismissal of her lawsuit reflects an understanding that no judges or Supreme Court Justices thought she had enough of a case to put a temporary stay on handing over the data while an appeal was ongoing. It also shows that she understood that T-Mobile would be imminently complying; so why bother with the appeal.

Arizona's Law has asked T-Mobile's counsel for more details as to when the subpoena will be complied with.

UPDATE, 11/15: T-Mobile did indeed ask the 9th Circuit yesterday to allow Judge Humetewa to clarify her ruling. The goal is to eliminate any confusion and confirm that T-Mobile needs to turn over all call records, without trying to figure out which - if any - might belong to medical patients.

ORIGINAL ARTICLE, 11/14: WHAT WILL HAPPEN NEXT in Kelli Ward's Case To Stop Jan. 6 Subpoena? Disclose Patients' Phone Numbers, Or Not?

As noted earlier, the U.S. Supreme Court today turned down Kelli Ward's request they keep T-Mobile from turning over her cellphone call records to Congress' January 6 Select Committee. So, what will happen next?

The AZGOP Chair has been fighting this subpoena since February. District Court Judge Diane Humetewa dismissed the case in September. Since then, each court - Humetewa, the 9th Circuit and now the Supreme Court - has refused to stop T-Mobile from complying while an appeal of the dismissal is proceeding. 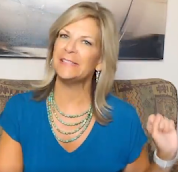 Before now turning over the records, T-Mobile will now ask the 9th Circuit Court of Appeals to allow Judge Humetewa to CLARIFY her October 7 ruling. In that decision, there seemed to be some confusion about whether the Jan. 6th Committee had agreed to narrow its subpoena to (somehow) exclude the phone numbers of possible patients of Dr. Ward (and her physician husband, Michael).

After Committee attorneys had noted that they were not interested in the possible patients' info, the Court had encouraged the parties to try to narrow the subpoena to restrict them.

Ward's attorneys argued that there should be a protective order preventing patients' identities (e.g. phone numbers that would be investigated) from being turned over. "(T)he Select Committee should not be permitted to play fast and loose with its intentions when arguing hotly contested motions relating to unprecedented matters of such importance that they are now being scrutinized by the Supreme Court."

However, on November 4, Judge Humetewa said that, when asked by the 9th Circuit for a clarification, she would tell them that the subpoena is not narrowed. "Nevertheless, it remains implausible for T-Mobile to parse out those patient phone numbers and, despite this Court’s encouragement, the parties apparently have not discussed a process by which to do so."

It will probably now take several days or a few weeks for the Ninth Circuit and Judge Humetewa to go through the process. With the uncertainty still existing about which political party will be in control of the House of Representatives - and, the Committee - in January, those days or weeks may be critical to when and whether Ward's phone records are turned over and subsequently investigated.

AZ Law airs on non-profit Sun Sounds of Arizona, a statewide reading service that provides audio access to printed material for people who cannot hold or read print material due to a disability. If you know someone who could benefit from this 24/7 service, please let them know about member-supported Sun Sounds. And, YOU can donate or listen here.
Previous episodes of AZ Law can be streamed or downloaded here, or wherever you get your podcasts.
at November 14, 2022

( This is a developing story. Please check back later for updates .) "AZ Law" includes articles, commentaries and updates abo...