UPDATE, 7/15, 8:45am: Presiding Civil Judge Pamela Gates has assigned Judge Randall Warner the task of ruling on the Cyber Ninjas' Motion to remove the case from Judge John Hannah. The Minute Entry (below) is dated July 13 and was uploaded to the website this morning. The Motion is largely based on Hannah's rulings in a post-election case brought by the AZGOP, and that he "is believed to be a Democrat". Judge Warner presided over one of the other challenges brought by AZGOP Chair Kelli Ward; he permitted Ward to review a number of duplicated ballots and signature envelopes and then ruled that there was insufficient evidence to change any results. (That was one of the Arizona cases taken to the U.S. Supreme Court, where the GOP was finally rejected.)

The Cyber Ninjas are trying to turn the tables and disqualify the judge in one of the public records lawsuits against them and the Arizona State Senate. The Ninjas accuse Superior Court Judge John Hannah of showing "actual bias and prejudice" against the Arizona GOP and "conservative causes". 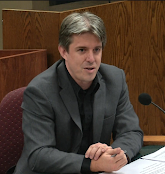 Hannah is the assigned judge in the Arizona Republic's attempt to obtain the results of the State Senate's recount/audit. He is also the judge who sanctioned the Arizona GOP for one of the post-election lawsuits challenging the November election. (That sanction is currently on appeal, and is the subject of an accompanying article.)

Not coincidentally, the law firm sanctioned along with the AZGOP in the November case is the same one that is representing Cyber Ninjas in this new lawsuit. Never mind that the AZGOP is not (officially) a party to the ongoing audit, Jack Wilenchik broadened his accusation to allege bias against "conservative causes".

Further, he continues his now-multi-case campaign against Judge Hannah, accusing him of making a "plainly bizarre ruling" in the previous case and claiming that he "is believed to be a Democrat". More on that scorching March 15 ruling against Wilenchik and the AZGOP can be found here (along with the decision itself).

It should be noted that the Cyber Ninjas also claim they should be able to have the case reassigned as a matter of right, and that the Supreme Court's Covid-19-related order halting such changes is ineffective. (It is an unusual order for counties which have plenty of Superior Court judges, as it was designed to aid smaller courts.)

A hearing was to have been held on the Republic's OSC this morning, but was delayed one week due to technical issues.

In other public records requests, we are still awaiting a decision in the American Oversight lawsuit against Fann, and the U.S. House Oversight Committee today issued a request for production of documents to Cyber Ninjas. The latter includes a request for any communications they may have had with former President Trump or any of his associates/friends.

AZ Law airs on non-profit Sun Sounds of Arizona, a statewide reading service that provides audio access to printed material for people who cannot hold or read print material due to a disability. If you know someone who could benefit from this 24/7 service, please let them know about member-supported Sun Sounds. And, YOU can donate or listen here.
Previous episodes of AZ Law can be streamed or downloaded here, or wherever you get your podcasts.
at July 14, 2021