As the latest contempt hearing looms over the Maricopa County Sheriff in the long-running discriminatory policing Melendres case, Judge G. Murray Snow ordered today that he will select a single management expert to analyze the MCSO's growing investigations backlog.

The decision (below) is a small victory for Sheriff Paul Penzone's office. His attorneys had proposed the single expert while Plaintiffs were urging Snow to permit each side to conduct competing investigations.

"Plaintiffs and the United States agree that it is critical to understand how or if MCSO’s mismanagement of resources enabled the backlog of misconduct investigations for the Court to tailor appropriate remedies. But a single analysis that results in recommendations is unlikely to be more efficient for the Court in the long run."

U.S. District Court Judge Snow decided to have the one report and recommendations and allow the parties to both argue from the same set of findings. He stated "(t)he management study will identify the sources of MCSO’s failure to comply with the deadline for investigations in the Second Order, and recommend actions necessary for compliance."

A status conference has been set for September 17.

The persistent backlog is the primary basis for an upcoming contempt hearing. The internal investigations are supposed to be completed within 85 days, but the most recent average is 500 days and there are 1,800 complaints in the queue.

The Melendres case was brought by civil rights groups in 2007, when the MCSO was led by Sheriff Joe Arpaio. It detailed that the department was racially profiling Latinos in an effort to find immigrants in the U.S. illegally. A court monitor was hired to ensure that the MCSO was remedying related problems.

In 2016, Arpaio was found to be in criminal contempt of court for ignoring parts of the Court's orders. He was pardoned by then-President Donald Trump before the conviction became official and a sentence issued.

Penzone inherited the case and the court monitor when he defeated Arpaio in the 2016 election.

AZ Law airs on non-profit Sun Sounds of Arizona, a statewide reading service that provides audio access to printed material for people who cannot hold or read print material due to a disability. If you know someone who could benefit from this 24/7 service, please let them know about member-supported Sun Sounds. And, YOU can donate or listen here.
Previous episodes of AZ Law can be streamed or downloaded here, or wherever you get your podcasts.
at July 13, 2021 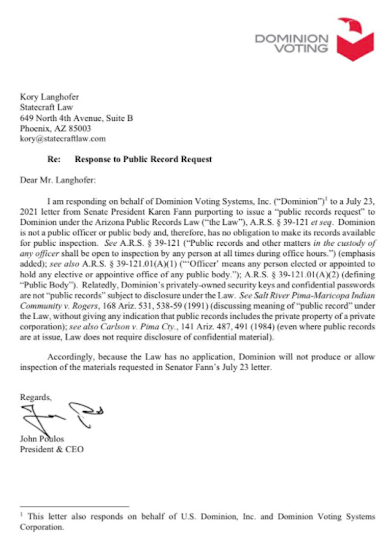