The U.S. Supreme Court announced this morning that it would not consider the Arizona Republican Party's election contest appeal. This denial leaves only one AZGOP appeal of last November's election still pending. 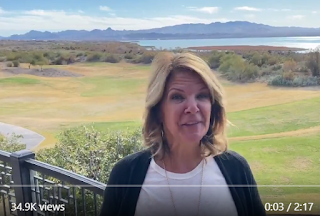 Today's denial of Ward v. Jackson leaves the Arizona Supreme Court's December denial of AZGOP Chair Kelli Ward's election contest as the final word. That was the case where Republicans challenged duplicated ballots in Maricopa County, as well as signature verification. However, the appeal to the U.S. Supreme Court was based upon the constitutionality of the federal "Safe Harbor" date.

The U.S. Supreme Court also declined today to accept a Pennsylvania GOP appeal. However, that denial was opposed by three of the nine justices, as Justices Thomas, Alito and Gorsuch published dissenting opinions. No such dissent was published for the Arizona case.

Still pending is the appeal of the so-called Son of Arizona Kraken case, in which Arizona's unsuccessful Republican electors challenged the voting machines and other unfounded theories that the election was stolen from former President Donald Trump. (As in today's denial, the U.S. Supreme Court has not asked the government defendants to respond to the GOP's appeal - a sign that the justices are not seriously considering accepting the case. It will be conferenced this coming Friday.)

AZ Law airs on non-profit Sun Sounds of Arizona, a statewide reading service that provides audio access to printed material for people who cannot hold or read print material due to a disability. If you know someone who could benefit from this 24/7 service, please let them know about member-supported Sun Sounds. And, YOU can donate or listen here.
Previous episodes of AZ Law can be streamed or downloaded here, or wherever you get your podcast.
at February 22, 2021

The Arizona Supreme Court handed down a unanimous decision today affirming that a Gila County Sheriff's Deputy forced to retire because ...