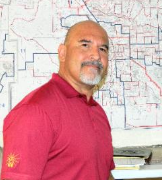 Soto is one of three Democrats running for the State House in Legislative District 3. There are no Republicans running in that southwest Tucson district, so the top two candidates in the primary will likely be elected. He is running against incumbent Representatives Andres Cano and Alma Hernandez.

Soto represented himself in the election challenge, both in the trial and the Supreme Court. Patrick McKenna was represented by elections attorney Roopali Desai.

The four-member panel of the Supreme Court Justices did not explain their decision and will issue an opinion with their reasoning in the future.

The Court has one Election Challenge appeal left - a Prescott Valley Town Council candidate. Apparently because Yavapai County has a later ballot-printing deadline than Maricopa County, the Court has left this challenge to the end.

Coverage of the other election challenge appeals can be found in the articles below.